In part one of this two-part series, we talked about five of my top ten tried and true tips for capturing magnificent shots of Humpback Whales. Here we’ll share tips 6-10 tips — Don’t forget, in two short weeks, I’m setting sail with 10 intrepid photographers for my annual “Day with the Whales”  workshop on March 1st.  Only a few spots left, so sign up now! 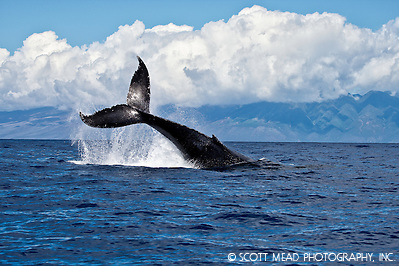 More Tips for Photographing the Humpback Whales of Hawaii… 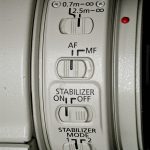 6. Flow with the motion of the ocean: Shooting a sunset on a tripod, or macro flora, has a miniscule degree of difficulty when compared to shooting from a boat. Add in rough seas, rain, and/or erratic whale behavior, and getting a crisp shot can be a nearly impossible task. But you can greatly increase your chances of getting the shot by becoming a “human gyro.” For those of you who are regular boaters or fisher people, you know what I’m talking about: As the boat rocks in one direction, you tilt your pelvis or shoulders in the opposite direction to counteract the motion. With practice, you’ll be able to counterbalance the motion of the boat with your body and keeping the camera level, and on your subject. Add in Image Stabilization or Vibration Reduction on your lens to quell the little movements your body motion doesn’t.

7. Shoot more than you think you need to: Back when I was shooting film, I always had to ensure I brought enough rolls onboard for the entire trip (you never want to run out when there’s an ocean full of great whale action), and I always dreaded changing rolls – fumbling to get the spent roll into the fanny pack and drawing a fresh roll and getting it properly loaded – and not miss any of the action. With the advent of digital imaging and the drastic reduction in the cost of memory, capturing the whales is what I call a “burst affair.” As soon as I detect whale behavior, my index finger is depressing the shutter button, taking images until the whale is back beneath the waves. While some see this as a frivolous waste of memory, consider this: With burst shooting, you can capture a sequence of images that tells the entire story of the behavior. On most two-hour trips, I’ll return to the dock with some 500 + images, most of which are discarded. But there’s nothing better than looking though a sequence of shots depicting a whale leaping out of the water.

8. Don’t review images while on the boat: At my Day with the Whales Workshop, this is the tip I stress the most. While we do like to review images to ensure a proper exposure has been captured, I commonly keep my camera set to display the histogram (both dynamic range and RGB), so I can quickly see if the shadows are too dark or if I’m clipping the highlights. But my main reason for not reviewing images is this: While it’s tempting to depress the play button on the camera, and check to see if you got the perfect shot of the tail-slapping whale, taking your eyes of the action means you could also miss the next great image,  that may happens right in front of you.

9. Always carry extra batteries and media cards: While this seems like a no-brainer, I can’t recall the number of times that I’ve left the studio in a rush, and left batteries in the charger or memory cards in the reader, or I bring them with me, only to decide, “I’m not gonna need them today!” I guarantee you, you’ll want them. For once out on the water, you can’t go back until the end of the trip, and the last thing you want to do on a day of fantastic whale activity is lose the ability to capture more great shots. 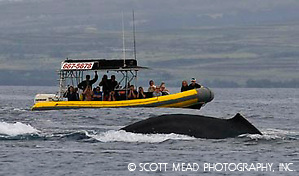 10. It’s not over until the boat is back at the dock: Last week, I was out on a boat with 14 other whale aficionados, and as our trip was about to conclude, several of them put their cameras away. About a minute later, a mother and calf surfaced, and before the boat came to a stop, the baby breached. Those who had put their cameras back into their cases missed the shot. Even if you’re close to land, keep your camera turned on and close at hand.  Oh yeah, don’t put your gear away until you’ve reached the dock. You don’t want to be the one to miss out on a once in a lifetime shot.