The Fight for Relevance 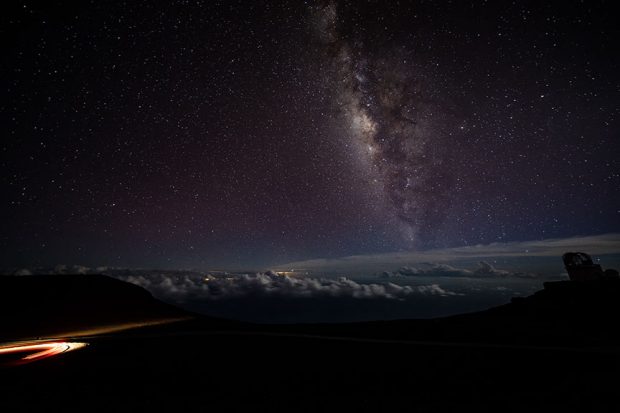 Haleakala, the Milky Way and the Distant Lights of Kailua-Kona — Is it Art, or Just a Pretty Picture?

When I first started out as a full-time nature photographer, I experienced the same difficulties many other photographers have over the years, the biggest being recognition of their photographs as “art.” I remember walking into a prominent gallery on Front Street, asking why they didn’t carry any photography, and was told, under no uncertain terms, that photography wasn’t a true art form, and held no relevance in the marketplace. As a budding image maker, the words hit like a proverbial brick to the head, but it also created a fire inside me, fueled even more by the gallery manager’s answer to my single-word question:  “Why?”

The manager flew into a tirade – “Its mass production! There’s no heart or soul to it!” “You can give a monkey a camera, and he can take a picture!” I, countered with “well, if an artist makes a 100 giclee copies of a piece, isn’t that mass production?”

I remember the veins in the manager’s neck starting to pop out, as I continued with “Besides, didn’t the Institute of Contemporary Art in London exhibit the work of Congo in the late ‘50s? I recall reading that his paintings fetched a pretty penny.”

“Who the hell is Congo,” the manager questioned. I couldn’t help letting a small smile escape from my lips, when I replied, “a chimpanzee at the London Zoo…”

We’ve come a long way since then, with most galleries and  experts accepting photography as art — the fight for relevance — and its value increasing at a steady rate. Just look at the increase of prices in the last few years in works by Ansel Adams, Henri Cartier-Bresson and Harry Benson to name a few. However, photography faces a new fight for relevance in today’s digital age, with a different line drawn in the sand: Photography vs. Digital Art.

In the early days of Photoshop and Corel, digital art was exactly that – something that was digitally created from nothing within the program, or a heavily-modified image that looked anything but a photograph. Now, it depends on your definition and tolerance, of what’s a photograph or digital art, and it seems no one can agree on a steadfast definition.

To a good number of experts, a photograph remains a photograph, if the author only manipulated the image, utilizing the same tools afforded in the wet darkroom. This essentially limits the adjustments to brightness, contrast, and color adjustment – those things you controlled by choice of film and paper, the amount of time exposed in the enlarger, any burning or dodging, use of contrast filters, and dialing in certain color filters (to increase or decrease emphasis in the cyan, magenta or yellow layers).

There’s another camp that takes it a step further, essentially allowing any digital adjustment you can make, so long as nothing is added to the original image – no swapping clouds for a crystal-blue sky, adding a full moon on the horizon, or putting Lady Gaga’s head on the body of Sir Paul McCartney. You do that (or anything else), and its digital art.

Then there’s those at opposing ends of the spectrum, with one group that states that if you so much breathe an ounce of Photoshop on an image, it’s a digital creation, and the contrary tout va crowd: If it starts as a photograph, no matter what you do, it’s still a photograph.

At the end of the day, who’s right and who’s wrong? Is photography a relevant art form? Does it really matter anyway?

The answer is as subjective as art itself, and getting a collective consensus would probably be as hard as herding cats. Like art itself, there’s no right or wrong answer, it’s tied to one’s own beliefs, and in most cases, based upon passed-down knowledge/beliefs from mentors and colleagues. Call me biased, but in my book, nature photography — at its core, the capture of reflected light – is very relevant in the art marketplace. It’s a unique moment in time that can never be naturally replicated. It shows a relationship balance between the image maker behind the lens attempting to place an ounce of control over nature’s uncontrollability. It is as unique as a painting arising from thousands of brush strokes.

Make no bones about it, you’ve gotta separate the men from the boys: It takes skill, patience and persistence (and a dose of luck, since atmospheric conditions are fully out of our control), to “craft” an excellent image, and there’s indeed an art to doing it. That’s why I, personally, side with the belief that the digital darkroom should mimic the wet darkroom, with emphasis placed on getting the image right in the camera, rather than relying on software to create something that was originally not there at the moment the shutter was depressed.

Flipping the coin, digital art is also relevant in today’s marketplace, but I believe it needs to be treated as a separate art form, and represented as such. I’ve seen some amazing images, where the photoartist has blended several images together to create something extraordinary – the key word here – with a beautiful sunset, the Milky Way high in the sky, and miles of unobscured vista. An image that’s exquisite, breathtaking, and physically impossible to capture in a single image.

Ooohhh… I can hear the comments now: “But Scott, you have images on your website that you’ve Photoshopped to hell! They look like paintings!” “Guilty as charged,” would be my answer, but I call my digital Polaroid Transfer look “Paintography,” not photography, because I DO heavy digital manipulation to achieve that look of a polaroid transfer (which by the way, I’d love to do, but the thought of carrying my 8×10 Deardorff camera, multiple packs of Impossible Project film, and everything I’d need to manipulate and make a Polaroid Transfer in the field, makes every muscle in my body hurt thinking about it).

That leaves us with the burning question: Does is really matter if photography is considered an art form? Hell yes, it does. Consider this: In the 1870s, Impressionistic painters faced harsh criticism and opposition from the French art community. If Claude Monet and Alfred Sisley kowtowed to their critics, would their work be worth millions of dollars today? Probably not. Like artists before us, it’s up to us, the photographers, to educate and extoll the virtues of our craft, build upon the trail laid by Adams, Bresson, and forged further by Rowell and Ketchum. Besides, as Adams said years ago, “No man has the right to dictate what other men should perceive, create or produce, but all should be encouraged to reveal themselves, their perceptions and emotions, and to build confidence in the creative spirit.”